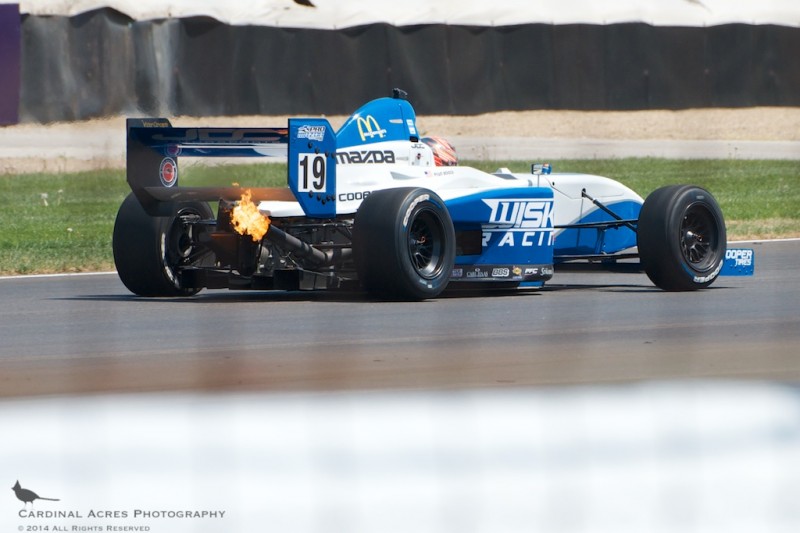 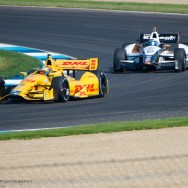 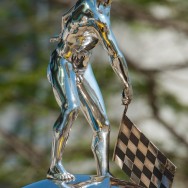 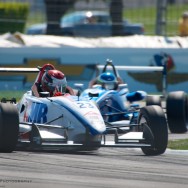 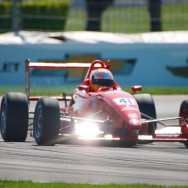 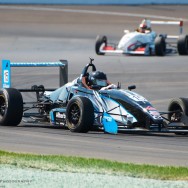 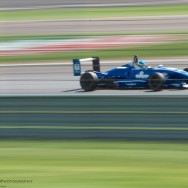 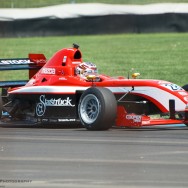 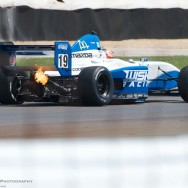 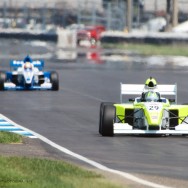 I spent the late morning and early afternoon at the Indianapolis Motor Speedway photographing practice for Saturday’s inaugural Grand Prix of Indianapolis. The Grand Prix will be run on the road course that was previously used for Formula 1 and is still used for the Moto GP motorcycle race. I arrived at the track with only a few minutes left in the IndyCar practice session, so most of these photos are of either USF2000  or ProMazda machines. The ProMazda cars are powered by 1.3L Wankel rotary engines and have a tendency to spit flames out their tailpipes on deceleration.